Duff again. We here in Arizona do not celebrate Daylight Savings Time. The Hours stay as They are, Much to My pleasure. But this Spring of 2019 was different. The little bedroom Clock chimed in the early Morning. Then Mom’s iPhone alarm began its tones, starting the day at 5:00 am. We both thought it Early, But what can You do? Confused living! Not unstuck.

Mom sleepily rolled Out of Bed. She tossed towels in the Washing machine. Got dressed and Hooked up My halter. Out We went to a Very Dark Day. Walked and walked, grateful for The Flashlight. (Did I mention Dark?) We returned Home, and Mom started fussing with the Timers for Our Lamps, convinced we had an Unnoticed power failure the Night before. But as She checked a Battery powered timepiece, She discovered: The Time on her iPhone was an hour off. How We laughed. And made the Adjustment, Pleased to Be In Synch with the World. Finally. Living unstuck.

How about You? Have You had Something Unusual come up in Your Life? How did You handle It? Smoothly? Or were You all futzed Up? I recommend the former. Laughter will iron out all The Wrinkles. And It makes Life more fun. Go for it. Live unstuck

The mind is like an umbrella. It only works when it is open. 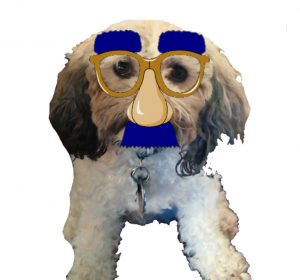 Duff here. I’m reminiscing again. A few years Back, Mom and I were on a Much Longer Walk. A storm had Moved through, leaving thawed and frozen Parts on the Road. Prior, Mom had picked Her way through Mud Holes and Deep Pools of water on a Dirt Road. When a Fork in the Road appeared This Time, She chose the Road Less Traveled. She would find that Choice was not living unstuck.

I tried to Warn Her. I pulled Back. I skidded in My tracks. But She continued to step along as She does. Suddenly, there was a Big “Crack.” She had stepped through the thin Sheet of Ice. Just as a tree being felled, She toppled slowly to the Ground. Her Boot, Leg and Hip were covered in Mud. The top part of Her was resting on the Ice, her Arm and hand splayed out. She was More Amused than Banged Up. I looked at her and noted, “Clumsy.” Which made Her laugh even Harder. 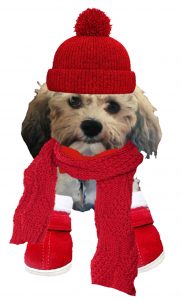 How to get Up? She decided to wiggle off the Ice. Bad Move. Under She went. Her entire left side was Mud Encrusted. And I gave her Lots of Space. But She was finally on her two Feet. (Bet if She had four Paws like mine, this would Not have happened.) Off We went to complete Our Walk, waving at Astonished Passersby going to work. Now that’s living unstuck.

How about You? Bet You have a Story or Two about Mud and ice. I say: It pays Mightily to have a Sense of Humor in these Situations. Creativity and strength helps. But not as much as A Giggle or a laugh. (I also recommend You avoid those Mud holes. Treacherous critters.) Live unstuck. #unstuck-living#treacherous-mud-holes

If at first you don‘t succeed, then skydiving definitely isn’t for you.