Duff here. As You recall, I am the CEO (Canine Executive Officer) of Unstuck Living. And as such, I have many duties, mostly keeping Mom company and being a strong Supporter of the Business. Oh, the powerful meetings We have! She talks earnestly about the variety of Projects We are working on, and I agree or Disagree as I see fit. When I am not on the Same Page as She is, I lay down and put My Paws over My Eyes. This action is a sure sign She is off track and We change Course. Easy enough. Living unstuck.

I am so excited. I was recently Awarded an Honorary Degree by a Client: Ph. Doggie. The client remembered when She faced many Challenges, some appearing insurmountable. When She was in Distress, I would gaze at Her and stand up. Then Sigh and go to Her Chair, asking permission to hop up on the Recliner to provide comfort and Support. I was Not trained, but always knew exactly the Right Moment for This. And I did My job well. For that, I am now known as Ph. Doggie. Living unstuck.

How about You? Do You know the Precise Moment to help another? Or are You Unsure? I say: Follow My lead and go Where Your Heart tells You. You’ll never be Wrong. I have found this to be True. Live unstuck. #unstuck-living#compassion-for-others

It is not how much we give, but how much love we put into the giving. 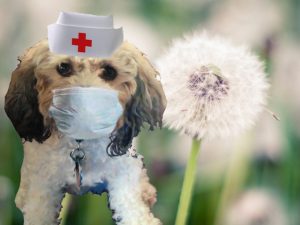 Duff again. Allergy season is upon Us again. I watch People sneeze. They hack. They cough. Their Eyes water. Their nose runs. No sleep at night. Even Mom has this Malady now. I comfort Her by Sitting close By, looking sadly at Her with My Big Brown Eyes. What does That get Me? A Daily Sponge bath with a warm wash Rag. (Apparently My Fur attracts pollen like Nobody’s Business.) I don’t Mind, for this Ritual feels like a massage. That’s Living unstuck.

The other day, I, Myself, began to Sneeze. Once. Twice. Three times. Now, when I do This, it’s a Whole Body Activity. My chin hits the Floor. My body Wiggles. And My Tail moves almost Straight Out. Quite a feat for a Curly tail, I’ll tell you. After those Three sneezes, My Allergy Season was complete. I was finished, but this experience gave Me compassion for those who still are Suffering. They are not unstuck at all.

How about You? Are You miserable during This Dreadful Season? Or are You skipping along, content to Live Your life? I say: If you have a Choice, select the Latter. Seems to Be a Much easier way to Go. For those who are Having a Hard Time, My Commiseration to You. The Comfort I offer is: This Time will pass very Soon. Summer is on Its Way! Live unstuck. #unstuck-living#allergy-season

Compassion is an action word with no boundaries.

As I get older, the more I stay focused on the acceptance of myself and others, and choose compassion over judgment and curiosity over fear. 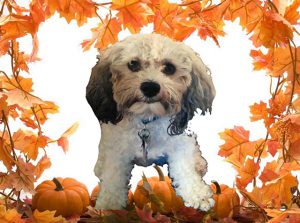 Duff here. So many Thoughts arise as I contemplate this quote. As You know, I definitely accept Myself. All of Me. Each and Every part of Me is Mine to Love. And yes, I accept others. Some more Readily than Others, for Large Dogs are difficult for this very Small Dog to connect with. But The Kind Ones? Those I can meet and greet, accepting as I go. Living unstuck.

I like the Opening created by choosing Compassion over Judgment. Leaves such Room for Discovery and Growth. And it’s easier on My Body and Mind, for conserving Energy to play and Have Fun is what My life is All About. Quite a warm and Good feeling to Share between Me and the Recipient. That’s living unstuck.

And What a Delight To be Curious! Fear be gone. It has no place in My World (or Yours either), for My Universe is filled with Wonder. So much to Nose Out and bring To Light. I recently spent time with Two Female Chihuahuas. Just My size. Whew! They Liked to Play and Explore, just as I do. Were I huddled in the Corner, afraid to Even Make Contact, I would have missed the Opportunity for a Friendship. No matter how Brief, I think Personal contacts are the best.

How about You? Are You curious as You go through Your daily Life? Does a tender Feeling touch You when Considering Another’s plight? How’s the Acceptance Business going? I say: Soften up and Enjoy life. It’s the Only way to Go. Live unstuck. #unstuckliving#compassion#curiousityoverfear

There are no traffic jams along the extra mile. 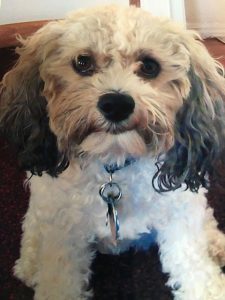 Duff here. I don’t know about You, but I have Considered this concept quite Often. That extra Mile? So often overlooked. It can be as Simple as a 3 minute Phone Call. (Notice I said Call, not Text.) And the Tone of Your Voice is Influential in how Your message is perceived. Some of My Mom’s clients say They call her Voice Mail at Our Office, just to be Soothed by Her Greeting. The Resonance of Her articulation seems to Calm Them and Slow the tempo of Their Pace. She even uses The Voice on Me at times, to pacify My Puppy Ways. (I can get quite Rambunctious, you know.) I do live unstuck.

The extra Mile can even be extending Yourself in Invisible Ways. Anonymously leaving cash for a struggling single mother when school starts. Or dropping off food for a House Bound Friend. Or Courteously letting another Driver enter the Highway. Or simply being There to listen when Someone is Going through a Tough Time. Please Note: since People can’t understand Me when I speak, (I should say Bark), I show Them with my Body Language. I snuggle up and Comfort as best I can. There are Many ways to Go that extra Mile. That’s living unstuck.

How about You? Do You go the Extra Mile? Do You extend yourself for Others? And What exact Action do You take? I say: Whatever You do, Do so with Heart. Let’s Create a Traffic Jam on the extra Mile. Let’s live unstuck. #unstuckliving#heartfeltcourtesy

Duff here. I was paging through my History of Experiences the other day. And Came across the Time a few years back when Mom broke her Wrist. She was distraught, to say the least, for She and I had a Business to Run. To stay in shape for what we Do, we took Morning Walks. Well, the Doctors put the Brakes to that endeavor for a while, but finally gave us Permission to Saunter. We could live unstuck Once Again.

The Major Issue: it was February. Snow and Ice on the Road presented all Sorts of Hazards. Since I am a Four Legged Creature, I am Quite Stable on the Ground. Mom only has Two Appendages, and there was the Conundrum. We were told (in No Uncertain Terms) not to fall. Her wrist would be worse off than it was. We Would truly be stuck then.

So I was her Very Concerned Puppy. As we would stride along, all was well while snow was Underfoot. But then, that dreaded Slick Stuff would appear. I would stop next to Mom. Or if She wasn’t paying Attention, would Kind of Edge in front of Her. And would watch as She carefully stepped across this Slippery Barrier. Once We were beyond it, We would resume our Normal Pace. I showed Care and Compassion during that Challenging Time, for She was indeed Balance Impaired. But We lived unstuck, secure in My Hard Work for Her Well Being.

Do You also show Care and Compassion? If Someone You know needs assistance, Do you come to their Rescue? I recommend: Do so. You will put a Bounce in Their step and a Smile on Their face. You will have Transformed their View of the World for the better. They, too, can live unstuck with you and Me. Let’s go! #unstuckliving#careandcompassion

Compassion is about giving all the love you’ve got.